Hello! Welcome to Lone Star Kitchen! My name is Stacy Streuli. I was born and raised in Fort Worth, Texas. The land of BBQ and Tex-Mex! Growing up, my mother ran a culinary school and was certified by the Le Cordon Bleu cookery school. I learned to cook at her side and helped with children’s cookery courses. I received my bachelor’s degree from Emerson College in Boston. Shortly after graduation I moved to Los Angeles to pursue a career in the film and television industry. After 7 years in Southern California, I fell in love with the fresh and healthy Southern Californian cuisine and the Baja Californian cuisine, and enjoyed many trips to the Mexican seaside. After marrying my Swiss-American husband, we determined that a move to Europe was in the cards. Clean air and beautiful scenery were a wonderful change of pace from crowded and smoggy Los Angeles. But my love of international foods, Mexican and Tex-Mex in particular, became the catalyst for me to learn to recreate all of my favourite dishes, and push me to be more creative and experimental in the kitchen. After 16 years of living in Switzerland, becoming Mama to two children, a dog, 10 chickens, 2 ducks, and a rooster… as well as looking after a house built in 1747 in the Swiss countryside, I began to offer my own cookery courses and bespoke catering services. I hope to share my love of cooking and enjoyment of food with all of you. 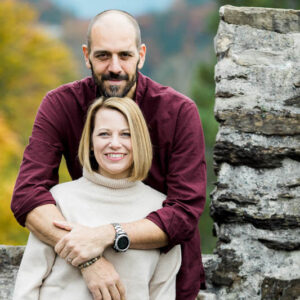 Searching is in progress

It's been a while since I made a pecan pie! I real

So happy to help a customer celebrate her birthday

Getting ready to make some Salsa Verde for my Gree

The internet has made some cookies "famous" and fo

Fajitas are sacred to Texans. I mean, we *really*

Comfort food! What does that mean to you? For me c

Enchiladas anyone? These red enchiladas are a Tex

Updating my website, which I'm soooo slow at doing

I did a thing! I bought a food trailer! Now to jus

Had a couple of packages of Pecans left over from

Got an itch to make homemade tostadas, with chicke

Memories of summer to be opened in winter ❤️